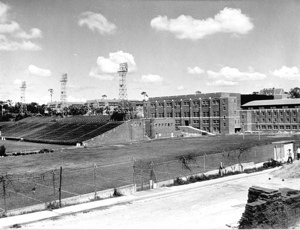 My roommate is the most insensitive ass ever to curse this corner a’ Carolina. He’s always been a jerk, you know that, but yesterday he pushed me too far. I almost coulda killed that boy he got under my skin so bad. No, I didn’t kill ‘im, just bruised ‘im up real good, but he’ll think twice ’bout showin’ disrespect in the future; I promise you that. Come ta think of it, I guess he ain’t my roommate no more. He moved out. More like, I tossed his mess out behind him after I threw his butt out.

It all started with the pipes in our apartment – yeah, we still rentin’ that basement from Ms. Jenkins – anyways, them pipes seized up on us again. I keep tellin’ Ms. Jenkins she needs to jus’ repipe the whole dang place, cause them pipes is galvanized, and you can’t do nothin’ with old galvanized ‘cept replace it, but she jus’ keeps sendin’ plumbers out to try an find that one clogged pipe joint thas keepin’ the water from runnin’ to the shower, but I guess times is tough and she can’t afford to do it right. So anyway, me an Jimmy is settin’ around, smellin’ bad cause we can’t shower on accounta the pipes, and we was watchin’ Shark Week on Jimmy’s big TV – he’s always remindin’ me that it’s his TV – and we hear the door knockin’.

I get up to answer the door, cause you know Jimmy ain’t gonna get up for nothin’, so I go open the door, and it’s the plumber, but he weren’t the dude who normally come out. He was this new dude – big black guy; he looked real familyer, and when I seen his name patch on his plumber uniform, I remember. It was Calvin, you remember him? Yeah, that Calvin – Calvin Briggs. Shoot me if I’m lyin’, it was Calvin Briggs, I’m telling you right now – he was right there at my door, wearing a plumber uniform. I know, I know – Mister All-City, All-State, All-Amazin’ football star of Freeman High School – why in heaven’s name is he a plumber for Godsake? Think it was Texas he was s’posed to gotten a scholarship to – didn’t you hear it was Texas?

Shoot, we all had him pegged for the NFL, for sure. That boy broke evry record there was to break in our district, and not just in football neither. D’jou ever see ‘im runnin’ track? Boy, lemme tell you somethin’ – that dude was fast, and it didn’t matter which race he done. He’d run 100, 200, 400 yards, and every time it was the same – there’d be him, and a whole lotta daylight behind him. He knew it, too, knew how good he was. When he’d get close to the finish line, he’d reach out, jus’ before crossing and snatch the ribbin ‘fore he ever crossed it. He’d just reach his big long arm right out and snatch that thang for himself. It was like he was saying, “Ain’t none a y’all back there gonna get even a piece of this ribbin!”

Well, hold on, I’m ’bout to tell you what happened with the pipes an all that. You know, I weren’t about to ask him how he got to bein’ a plumber after being King of the World when we all knew him; I got too much respect for people. But Jimmy – you can always count on Jimmy – that dude would disrespect the Pope; I swear to God.

So, Calvin comes in, and he still looks good you know, still looks like he could play him some ball, so I’m not thinking at this point that he got hurt or somethin’ to make him stop playin’, but it was kinda excitin’ to have him there in the house, cause I always liked watchin’ that dude play, and I never gotta chance to meet ‘im back in the day.

“Ms. Jenkins called me out to look at the pipes” he says to me. By now, Jimmy, he’s lookin’ over, and he sees who it is that’s in the living room, and his jaw hits the floor. Right then, that’s when I started to get worried, cause I knew Jimmy’d find a way to make an ass of hisself in front of Calvin Briggs. I just didn’t know how he was gonna do it.