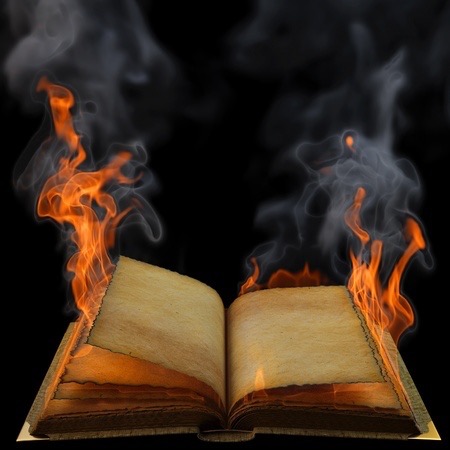 “Sometimes, there is more truth in a lie than there is in the truth. If you want to make someone understand reality, then you have to lie a little. You have to distort things, to exaggerate in a way that reveals the way you see things.” – Solomon’s Big Day: A Children’s Story by Toure

“Western civilization no longer understands myths and their importance, although almost all historic civilizations did. We are the obvious exception and have replaced these effective and healing story lines with ineffective, cruel, and disorienting narratives…” – Richard Rohr, Falling Upward
If you’re at all like me, it’s likely there are at least a few passages in the Bible that make you squirm. Chances are, most of them are in the Old Testament, and at least a couple have to do with God commanding the Israelites to commit genocide. It’s the genocide verses that have always bothered me most, but there’s also the ridiculously long lifespans that Genesis ascribes to people. How is it that people with Stone Age technology were able to live well over ten times as long as we do today?

I’ve considered a few explanations. The most reasonable one I was able to conjure was this: The earliest descendants of Adam and Eve – the most perfect of human specimens – carried a declining measure of their forefathers’ perfection. It took many generations for that supercharged perfection to wear thin. (Speaking of thin, this goofy explanation is thin like tissue paper.)

It’s only recently that I’ve come to understand what’s really going on with stuff like this in the Bible. Let’s look at Noah, for instance. How did Noah live for more than nine-hundred years? The most likely answer is simple: he didn’t. How was it possible for Noah to build a floating structure large enough to fit two of every kind of animal on Earth? Again, he didn’t. So what am I saying – the writer of Genesis made these things up? Yes, that’s what I’m saying. The story of Noah is myth.

If you’re one who tends toward Biblical literalism, I hope you’ll give me an opportunity to explain my point of view before jumping down to the comment section to voice your outrage. While I believe the author of Genesis made a lot of things up, I don’t believe this makes him a liar. Quite the opposite. I believe the author was an inspired individual who knew how to use untruth in order to demonstrate Truth.

The age of reason has brought about its share of positives, but arguably its most glaring negative has been our fixation upon incontrovertible fact. Granted, some facts must be known. When I board a plane, I want to trust that the engineers who designed the craft understood the facts of physics and the ability of the airplane’s materials to stand up against the rigors of flight.  But as I grow older, I become more aware of the differences between ideas of spirituality and those of math and physics. Math is quantifiable, exact; not only can it be understood, but it is one of the primary methods by which we quantify the way our physical world works. In a way unlike most things, math is absolute. How unfortunate that many of us have learned to treat our faith with the same level of cold certainty.

I have this friend – I guess he’s sort of like my pastor – who says I’m a mystic because if I were to go hunting and sight a deer, I wouldn’t be able to bring myself to shoot it. He’s right that I couldn’t shoot a deer, but that’s not what makes me a mystic. I am a mystic because I embrace the understanding that, behind and beneath everything that we see, hear, touch and taste, there exists a deeper Truth – what C.S. Lewis named a “deeper magic” – which cannot be understood with mathematics or even explained with words.

One of the most human of traits is our unyielding drive to understand the reality we live in. What do we do with that which we experience, but we cannot fully understand, much less explain? How do you explain Love? You might employ a bunch of clinical verbiage, detailing what takes place chemically in the body of a person who practices Love, but is this adequate? Of course not. Love is an idea too deep, too massive to grasp scientifically. We must find other ways. We must speak mythically.

I think Jesus understood Myth better than anyone. I love many things about Jesus, but I think I love his storytelling best. There’s a t-shirt I’ve seen writers of fiction wear, that reads, I Make Shit Up. If t-shirts had been around in Jesus’s day, Peter or John could have picked that one up for his birthday. I think Jesus would have gotten a kick out of it.
The first chapter of the Gospel of John refers to Jesus as “The Word”, and I think there’s not a more appropriate name for him in the world. For not only did Jesus regularly use the power of story to describe Grace and Love, but he himself became the ultimate Story. His sacrificial life is the most powerful story of Love imaginable.

For many who read this (or at least a few who’ve gotten this far), the idea of associating scripture with myth creates a fear reaction. After all, if the Bible is “lying” about Noah and the flood, where does the myth end? If I believe parts are fiction, must I consider it all could be fiction? This is a question each must answer for him or herself, and I understand it can be a scary question indeed. Personally, I’ve come to a point where it doesn’t really matter to me. For in the rare, transcendent moments I’ve experienced in life – those mystical moments that cannot be explained with mere words – I have sensed Someone is there, and this Someone seems to be interested in me, to love me even. So, if the Bible is just written by a bunch of guys who’ve also encountered this Someone, and they’re all just doing their best to describe the indescribable, I suppose I’m okay with that.