What I Learned From Jesus’s Underwear

You can’t expect to change the world with every sentence you write. It may be too much to expect you can change even a single heart with a thing you write. But we don’t write to change things any more than we sleep to wake up in the […] 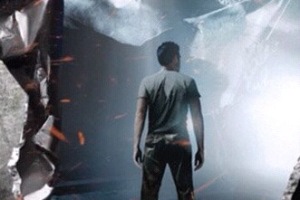 Warding Off the Darkness

I’m reading the third book in Brandon Sanderson’s The Reckoners series. In these books, Sanderson describes a version of our world in which a mysterious orb one day appears in the sky and miraculously grants superhuman abilities to a percentage of the world’s population.  Some people develop […] 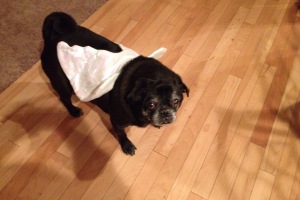 You said ‘God is cruel’ the way a person who’s lived his whole life in Tahiti might say ‘Snow is cold’. You knew, but you didn’t understand.” Stephen King,  Desperation Days such as this exact pressure on a writer. There is pressure to write something poignant and profound, something […]

“Blue heron,” was the first thing he said, and he pointed to a patch of sky to my left. This he had to say twice, as his first attempt was cancelled out by the ear buds I wear whenever I attend this path –– this valiant […]

In my teen years, I spent considerable time pondering the nature of knots. How is it, I wondered, that I can wrap up something like a string of Christmas lights in a perfect loop, stash it in a bin, and somehow, without the slightest manipulation of human […]

Tuesday I was soaring high. In the morning, I had a conversation with myself in the car – if you’re a writer, you have a lot of conversations with yourself; there’s really no point in feeling embarrassed about it – after all, what is writing, if not […] 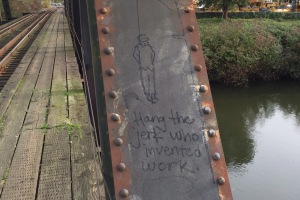 The Ndugo Me – Saga of a Mutinous Organ

2:33 am, Saturday morning, and I couldn’t sleep. This happens to me sometimes for mysterious reasons, but tonight was no mystery. I was in pain. It started out as a nuisance pain in my stomach–bad enough to keep me awake, but not severe enough to worry me. […] 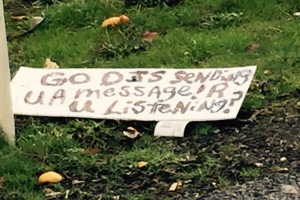 Have a Scary and Unsafe New Year

I’m thinking of all the encouragements and admonishments people tend to hand out this time of year.  “Have a healthy New Year” “Have a prosperous New Year” “Have a safe and happy New Year” That last one, which happens to be the most commonly spoken, perplexes me. […]

Christmas Message to a Future Father

It is Christmas Eve! This Christmas is a bit of a benchmark for our family. By the looks of it, this will be the last Christmas your little brother believes in Santa. I say he still believes, but he’s already considering the strong possibility that his parents […]