At The Shady Acres, Where I Found War – Part 7

The following is a work of fiction. Frankie used to refer to the Shady Acres as The Short Timers club. Each person there was not far from a game-ending heart attack or stroke. Frankie had developed an uncanny ability to foresee who was on the verge. Or maybe […]

Audio Wake – on being Freshly Pressed and going viral

This is the first substantial bit of writing I’ve done in over a week. That’s unusual for me. I have a habit of writing every day. Many days, I only write to myself or to God, but I always write. For more than a week, my brain’s been […]

I thought you were sleeping. It seems silly now, but you must understand, when one sees a person slumped over inside a parked car, the most reasonable conclusion is rarely that the person slumped over is dead. It was the lights from the dashboard that caught my eye. […]

I just polished off the debut novel by blogging superstar, Carrie Rubin. It was out of my grand appreciation for Carrie and her humor blog that I chose to delve into “The Seneca Scourge” right off the heels of finishing Stephen King’s “The Stand”. How many novels about […] 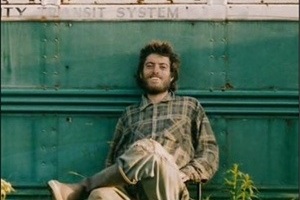