“Everything is happening right now,” he says, “everything you can think of. Maybe even more than you can think of.”
He goes on to describe the “everything” of which he spoke – how there are people eating dinner and people sleeping and people singing songs. This is how an untainted eight-year-old mind thinks. It does not occur to such a mind that there are people doing less innocent things than these – how there are some cheating and some stealing and some killing – nor does he think of those who are suffering, people who can’t eat dinner because there is nothing to eat and some who cannot sleep for fear of what may befall them while they are not conscious to defend themselves, and there are people who cannot sing a song, not even a sad one, for so deep is their despair, they cannot will themselves to make a note.

Of course, he accounts for this in what he says, doesn’t he? “Even more than you can think of.” he says. A person can’t think of what he’s not seen, and even then, if he’s not experienced the thing for himself, even having seen it, he is likely to forget. 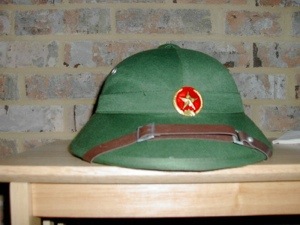 There are things I have seen that I’ve nearly forgotten, but not completely. My forgetfulness will never be complete with some things. It isn’t often, perhaps but once a year or so, that I may recall the lowly image of a babe in a chariot. And were I to recall this image in enough detail to describe it now, I might say that this child’s habiliments comprised themselves more of strata of filth than of cloth. The wisp of material that enwrapped his genitalia appeared indistinguishable from the sickly green fabric that made up his chariot. His woefully slow, awkward, loping chariot.

Were I to recall the full makeup of this babe’s mode of locomotion, I’d recall that his seat of green appeared a drape of sorts, a magic carpet deprived of magic, and so it was cursed to scuttle along streets of grime, a superhighway for the indifferent – a street trafficked by souls who find justification in their aloofness by flaunting how adept they’ve become at ignoring babes on fabric chariots.

It’s funny; you never know how your mind might work. You’ll never know when you see a thing that is the sort to leave indelible fingerprints on your memories, that you might recall events in the same particular order that you first witnessed them. So now we come to the engine of this wretched chariot, itself a champion of the same shade of green.
The engine was a sad, crawling thing – a chunk of human flesh in green – a pair of appendages forward extended, one to pull and one to hold high a soiled relic from the days of the fateful war – the battered helmet of a Vietcong, once forged to encase skulls, now to carry donated silver dong. This was the engine’s front-end; to the back, there was little. Where there ought to have been a set of legs, there was only fabric, the fallen magic carpet of green, on which rode the babe, staring into the Space of acquiescence.

If I were to remember this thing – the babe aboard the green, humanoid chariot – it’s certain it would be the only thing I remember of that day or that place. I cannot state the name of the street on which I crossed its path. I cannot say whether I was alone or with a companion. I cannot say anything of any other detail of the place, for this is what happens when you are witness to such things. The unfathomable tends to stay your senses from all else around you; reality bends to the unreality that tragedies like this do exist somewhere.

He is ahead of his time, my son. For most his age, it has yet to occur that the world operates without them present. Even as he sleeps, billions of others remain active. What perhaps does not occur to him, is that while he lives the life of a minor king, there are many – nearly all of those other billions, in fact – who can never dream for a fraction of what’s been handed to him with ease. How much of this other world needs to be shared with him? How aware need he be of such a lack of sense and fairness? How sensitized to the lack of justice? These questions are big, and I pray they needn’t be answered just yet. Perhaps it is wonderful that he has little to worry him aside from day to day toils.

This morning, as I apply final touches to this piece that he inspired, he speaks again of the everything happening. He enjoys his favorite brand of hot chocolate and I a choice blend of Italian roast coffee, and he points out that in this vast world, there are likely other fathers and sons sitting down at this moment, sipping coffees and hot chocolates of their own liking. That’s likely true, of course; however in all the world, vast as it is, I suspect there exists not another father and son so uniquely aware of the grand rhythms of creation. And of all the fathers, I think it’s possible that none feel quite so closely attuned to the heart of his dear son, as I do in this moment.

**This is the second collaboration between myself and Samuel, my oldest son. The other can be found HERE