Unlike Our Waking Lives – Part 7

The halo child and I stood motionless for seconds that dragged on ages. While I couldn’t know his thoughts for certain, I supposed them to be similar to my own. In the wake of the dreadful Invader, bringer of ruin, my best weapon was secrecy. If we remained […]

Sometimes It Takes A Man

Today I am reposting something I wrote last year at Halloween time. It’s meant to be humorous, of course, but there is a deeper point in it all. Hope you enjoy. I’m going to let the wives in on a secret that most men have already come to […] 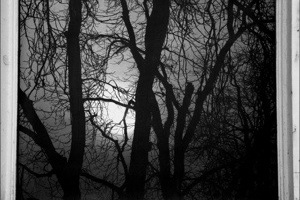 Unlike Our Waking Lives – Part 6

Photo by wolfgangfoto Windows chattered violently behind burgundy curtains; vibration from the outside eruption moved the plush floor in waves, and I became nauseous, my legs losing stability. I fell to my knees, looked to the front room; despaired as I witnessed the tiny light of that room, […]

Unlike Our Waking Lives – Part 5

Unlike Our Waking Lives – Part 4

Part 1 – here Part 2 – here Part 3 – here Since childhood, I’ve possessed an uncanny ability to see events in my mind before they happen. Often times, I may be thinking about a person I haven’t seen in years, and a day or two later […]

Part 1 – here Part 2 – here Touching ground at the house’s front stoop, I found release from the stairway’s imaginary vortex. Encasing the doorstep were two walls of lattice, oddly suspended in impossible green ivy – impossible because it was a shade of green only found […]

This morning, I’m taking a break The choice is scarcely mine I’m nearly clawing to the forefront of an exhaustion meltdown And Pandora’s on the fritz blinking off..on my J N Howard kills my brain every time, but not now, not this morning; I’m taking a break; I’m […]