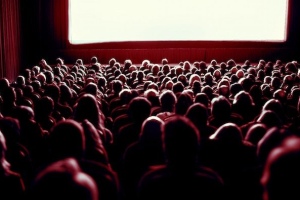 “Happiness is being married to your best friend.”       I dislike this overdone, sunshiny quote. I dislike it because it short-changes happiness by assuming it’s available only to those who are both married and friendly, and I hate it even more for putting an unfair expectation on […]

I write today in defense of Life. No, this isn’t an anti-abortion or anti-death penalty message I’m bringing, though it often feels that it’s only in the context of those hot button issues that Life is thought about in a positive way. When we aren’t defending the rights […]

Traveling Unmedicated – the Little Over the Much

I heard a comment from Franciscan priest Richard Rohr recently, stating that if more people could master the concept of dwelling in the present, there would be no need for the clergy. I think this may well be true, and I think it […]

For Lent, I Give Up Nothing

“Back the camera up just a bit, and you are nothing but a human being, floating through time and space…” Vapor [A Meditation] – The Liturgists I recognize I am a solid week overdue to be posting something Lent-related, but I suppose to worry about such tardiness would […]