Here is the conclusion to this little heartburn of a tale. Thanks for everyone’s enthusiasm.
If you aren’t up to speed, Part 1 is here.
BTW – If anybody is curious, the lyrics contained in this story are from Greg Laswell’s “Comes and Goes”. His stuff is amazing! 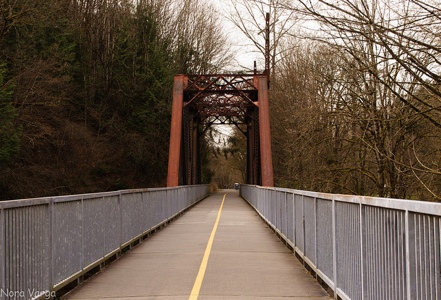 Straps of the teen’s backpack – the parts at the top, near his neck, were frayed from six years of heavy use; they irritated his olive skin with serrated edges. It wasn’t the material only, but the additional weight of hastily packed memories. He huffed under the burden, understanding that the pack would serve the additional purpose of pulling and keeping him under when the time came.

His movement toward the river was hurried, though his characteristically staccato footsteps created an illusion of speed greater than he was capable. In school, they made fun of him for the way he walked.
They, who assumed themselves same enough to be Kings and Queens of all the sameness. They, who wrote the laws transcending any supposed higher regulations, proclaiming all that is acceptable in their domain of same or not same. They, who deemed the converse clad, artifact-laden boy barely worth their effort to hurl insults, other than the occasional snipe at the way he walked. This aside, his existence in the the eyes of they was a mere whisper. Perhaps the simpletons would enjoy a laugh over his inability to swim.

Rounding the block, a bridge came into view. His bridge. Now he was acutely aware of all the cars passing him by. The bridge was for pedestrians, but for some reason it hadn’t occurred to him about the cars on the neighboring street. Knowing they were metal containers of people, and he’d need to do this with them around, it was unnerving. Half a block from his ultimate destination, he slowed.
If a candle flickers, is it fair for the breeze to stop blowing?

By the time Ted’s silver Pathfinder wound its way upward into the Highlands, he was captive. Windows down, despite Spring’s chilling mist, stereo blared intoxicating melodies – it was something of romance, something he’d forgotten but now easily recalled, something like freedom.

“We missed this.”
Yes we did

“Whatever happened to this?”
Nothing happened. You were listening to different music

“Where we going?”
Does it matter?

The SUV climbed upward, vaporous strength within, reeling momentum, like a child’s thrill ride on the verge of its grand climax. He recalled his adventurous days, three decades prior – how he used to float rivers this time of year, when the waters were high and they were fast.

Nothing is noteworthy of a wispy, sullen teen approaching steps toward a bridge’s walkway; he did not stand out; could never turn the attention of even one of a hundred nearby drivers. However, to the boy, this did not occur. His steps did not quicken, but became more pronounced, as though additional weight drove them down, if such a thing were possible for one so insignificant. Determination pushed him up the steps; he did not look back to the street, but kept his eyes fixed down, staring at his Converse as they passed over deep crevices in moss-slicked concrete.

How many others walked the steps these days? Not many. For the young one, it had not been since a distant life; he was someone different; everyone was someone different; it was a time when most of they didn’t know it mattered if a person was not the same, and they would play together around the bridge and the river, fishing with no bait. They were barely memories now, more like illusions – just as goodness or hope, fading,
fading – just like his name.

Ted knew the place to best enjoy the river. The bridge – the one for walkers – he still remembered it as the place he would park his wreck of a Toyota pickup when he was a young floater. He detected the sweeping aroma of river water through the city’s dinge as he pulled over. Heart swelling with music, his spirit symphony drew company of wind through trees, water over rock, Lover whispering sweet to beloved, boy dressed in darkness, stepping across the bridge. Almost startling. Almost
There

“You’re kidding. He could be my kid.”
Could be

He walked, followed, confounded by his very own actions.

He thought he saw the youngster glance his direction just before stepping up near the bridge’s railing, thought he noticed cheeks moist and lips red; Ted’s heart was ravaged, for something was beautifully broken about the boy. He wondered what made his pack heavy that it pulled so hard against his skeleton shoulders.

He saw the man, temples grey, neatly leathered feet out of place in such a rustic scene; he could feel his heartbeat in his ears. What was the man doing? Walking to the bridge? Damn.

But he had strength enough to climb the railing, and the manicured man could watch him sink like the sort of garbage he and his kind filled the world with. As Converse met the top of moldy rail, as loathing of life pushed him closer to final abandon, he heard the man speak.

“Excuse me, son” he said, gravel in his voice, betraying trepidation. “Can I give you a ride somewhere?”