Does God Care About Football? 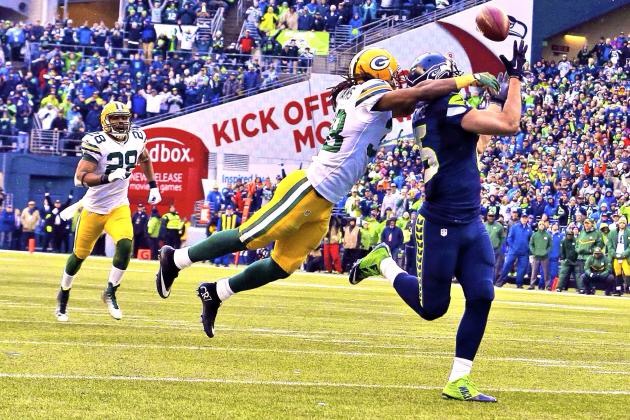 It’s been a wild week in Seattle. In the days following the Seahawk’s “miraculous” comeback victory over the Green Bay Packers, the fires of an ancient debate have been rekindled. Does God care about football games? Moreover, does He care enough to intervene on behalf of a given player or team?

Quarterback Russell Wilson seems to think so. He’s not the first professional athlete to believe God plays a role in the outcomes of games, and when a guy like Wilson – a guy who appears at times to demonstrate near superhuman abilities – speaks of the Almighty’s sovereign hand in these contests, it’s hard not to pay attention.

Another quarterback, Aaron Rodgers – the poor fellow who came out on the losing end of Sunday’s thriller – was quoted as saying that he doesn’t think God cares about who wins a football game. I shouldn’t have been surprised when, after sharing on social media my hearty agreement with Rodgers, I would arouse a storm of differing opinions from friends, not to mention friends of friends of friends.

I admit my opinion on this matter is at least partly rooted in my blatant dissatisfaction with the nature of life in this world – a world rife with injustice. Though my struggles with anxiety move me to avoid the majority of news media, I still have eyes and ears, and one can’t function in life without bearing witness to injustice in our world. Concern over the outcome of a football game appears awfully petty when you consider the fate of thousands of young girls sold into human trafficking. Am I to believe that God exercised his power on Sunday to help Russell Wilson connect on a game winning TD, but chooses not to intervene on behalf of millions struck with sickness or death due to lack of access to clean water?

Now, I didn’t decide to write this piece out of a desire to stir the pot of differing opinions on this matter. As we pass the time leading to the Super Bowl, as we listen to a hundred interviews with superhuman players, I wonder if, in reference to higher powers and their influence on the game, we are asking the wrong question. I’d like to ask a different sort of question.

While we marvel at the unlikely events that led to Seattle’s big win on Sunday and speculate on whether God had a hand in it, is it possible all the while that God marvels right along with us? What if God is more interested in enjoying us than he is in affecting football outcomes?

If I choose to think about God as a mystical being who, for reasons I’m too dull to comprehend, grants fortune to one group of players, to the detriment of others, I find that I’m bored with God. If I think about God as someone who partakes in the excitement – much more like a parent watching his child compete – I find myself enamored with this God.

There were so many thrilling moments in Seattle’s NFC championship, but my favorite moment came minutes after the game, when Russell Wilson was overcome with emotion during the post-game interview. Without a doubt, he had played the worst game of his life, but he managed to finish with eight of the best minutes in his career. I don’t believe his tears were born out of God exercising his will for a Seahawks victory. His emotion was far too visceral for such an abstract idea. I believe he was crying because of his teammates – the fifty-one guys who continued to believe in him, despite the stinker he’d put together for most of the game. His tears came from love. I choose to believe God saw Russell’s outpouring and thought it was beautiful. I don’t know if that makes Him a football fan, but I do believe He’s a big fan of each of us.