A Lesson on Doubt, Brought to you by Underoos

When I was three, I was shamed for wearing a pair of Incredible Hulk Underoos. That could be where it all started – my obsession with fitting in, with sacrificing the most personal parts of myself at the alter of Be Cool.   […] 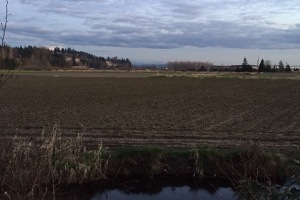 This Jack Nicholson line has been hiccupping across my brain quite a bit over the last couple weeks. I almost want to watch the movie over again, just so I can see him as he says it. I love the way it’s delivered – the way he’s in […]

Where My Mind Goes – With Stephen King and a Good Cigar

What makes a guy like Stephen King able to do what he does? I’m reading “The Wind Through the Keyhole”, and I am reminded once again of the magic which seems to inhabit a handful of human beings–a magic to paint worlds out of nothing. On my best […]

The Process of De-Medicating: A Meager List of Remedies

It happens in this way – that one day, you come to realize your hand is rested casually upon the burner of a hot stove, and it’s difficult to determine which tipped you off first – the pain, or the noisome aroma of burning flesh. Life is like […]

This is something I wrote a few years back. It was inspired by an image of Miley Cyrus, back around her Hannah Montana days. My prayer for her now is that she eventually find freedom from the web of lies that she’s been lured into, that she remembers […]

The first sensation he discerned as he awoke was the taste of blood in his mouth. There was the taste, then the overwhelming urge to vomit, his stomach outraged with intake of bodily fluid and from enduring the inevitable aftershocks left behind when adrenaline blitzkriegs through a body, […]

If conservative outrage over what often appears to be a move of our society toward feminization holds merit, then the seaside town of Westport, Washington is certain to remain one of the few cities to maintain its staunch dedication to undaunted masculinity. You’ve seen the charming little Oceanside […]