I’ve delayed long enough in getting this post out. I’ve intended for well over a month to write a follow up to my brief, impassioned reaction to the audio publication of one of my stories recently. Read “Published!” Roughly a week after it aired, I was just recuperating […] 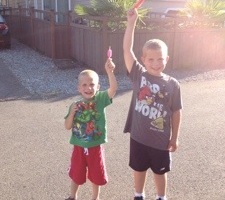 A repost of another fave from several years ago. I think we all as humans wonder if it is all worth it. Here’s to realizing it is. Wake up late because my alarm died. Make breakfast for two boys who don’t eat a thing. Later I’ll be hungry […]

In honor of Fathers Day, I am reposting one of my favorite Father themed writes. On this day, may we each remember the fatherless among us. Thankfully, none of us is truly fatherless in the end. “Mister Kedabal, you’re back!” the little boy shouts as I exit the […]

A tender flame licked the lower branches of a meticulously trimmed tree. Barely five years in its place, the young thing’s life was at its end. It was a rescue, of sorts, or so mused the figure standing watch over the sorry tree’s demise. The tiny neutered pear […]

Moving Back To Dumb – Why I Gagged My Smartphone

Some of the funniest commercials on television these days are the smartphone commercials. My favorite is the Windows Phone commercial that takes place at a wedding, and all the iPhone and Android people get into a giant fist fight while a couple Windows phone people stand contentedly above […]

In the original Greek or Latin – or some other ancient language – my name means “Light”. I assume the word refers to optical or spiritual light, not the sort of light that describes an absence of weight. Of course, it could be that one “light” affects the […]

This story is dedicated to Kristen and Decker, whom I met the other day in a store parking lot. Kristen, I didn’t have anything to give you that day, but our meeting did conceive this little story, which I now send out as a prayer for you. They […]

PUBLISHED! So Why Am I.

I’ll likely post more about this later, but I’m typing this entry on my phone at an inhuman time of night so that I may get it out of the way while I’ve still a shred of nerve to do so. I was published recently. In quite a […] 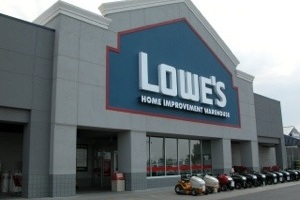 Some writers refer to writing as the ultimate pleasure, and in some ways, I suppose it is, but not in the way one usually experiences pleasure. It isn’t like the pleasure we get from eating ice cream or laughing or having sex. It is a pleasure more akin […] 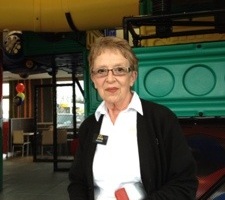 Faces In The Sea #5 – Barbara the Young

“I’ll tell you something about girls.” she said to me with a bountiful smile. She motioned with her work-chapped hands, “Girls are either up here in the attic, or they’re down in the basement. They are never in the middle.” Meanwhile, playful screams echoed, much of them originating […]