The urge to mark epochs in our lives is irresistible, isn’t it? I think it’s a good thing. Now more than ever, I think it’s a good thing; after all, is there anyone who would disagree with the notion that time seems to be trucking along faster than ever? A day is every bit as much twenty-four hours as it ever was, but those hours just don’t seem to last as long as they used to. Somewhere along this timeline of increasing velocity, someone got the idea to mark wedding anniversaries with earthly objects. When I first started thinking about this, I thought it might have been Hallmark who came up with all these anniversary labels, but it turns out only one anniversary is referred to as paper, so it must have been someone else.

The fifth anniversary is the wood anniversary, which I assume means a couple is supposed to buy each other wood. I don’t recall the gifts Ms. Christmas and I exchanged that year, but there are enough wood objects in our house for me to think that some wood may have been involved.

The tenth anniversary is tin. I think we missed the boat on that one.

Today is our fifteenth wedding anniversary. It is the crystal anniversary. After discovering this, I thought about what sort of crystal object I might procure to commemorate these fifteen years, but the fact is that we are not very crystally people, so I decided to write these words instead.

When I was a kid, someone gave my mom a crystal vase for Christmas. They say you’ll know a vessel is true crystal if it sings when you run your finger around the rim. I remember running my finger around the rim of that vase, and I couldn’t hear a thing. I wondered if someone had given Mom some defective crystal, but now I’ve read that you need to wet your finger first. I don’t have a crystal vessel to try this, so I’m going to have to try and sculpt some crystal right here and now. Perhaps I can even make it sing a little.

I found out today that most things you’d think are crystal are not truly so. The most interesting example of true crystal I found is the snowflake. Ms. Christmas loves snowflakes. Actually, she mostly just loves snow, so it’s more accurate to say she loves many snowflakes. That makes this fifteenth year pretty special as far as I’m concerned. This isn’t just a crystal anniversary. It’s our snowflake anniversary. Never mind the day happens to land during early July, and it rained this morning. Somewhere up in the stratosphere, at least one of those raindrops is freezing into crystal in honor of our big fifteen. And here’s the thing about crystals: you can technically break apart the constructs, but at their base components, they remain crystals. For a guy like me, there is tremendous comfort in knowing this.

When you’ve been married fifteen years, stuff gets broken. Sometimes it’s stuff that needs to be broken, like selfishness and pride, but sometimes the stuff that breaks is precious and beautiful. God knows, Carrie and I have broken our share of crystals. We are about as opposite in personality as two people can be, and though opposites may attract, they also tend to shatter some feelings in the process. I think, though, the things that are truly precious remain precious, even if they change outwardly. In their deepest parts, the precious and unique things always remain so. Just like crystals.

Happy Fifteenth Anniversary, Ms. Christmas. Thanks for loving a broken snowflake like me.
I love you. 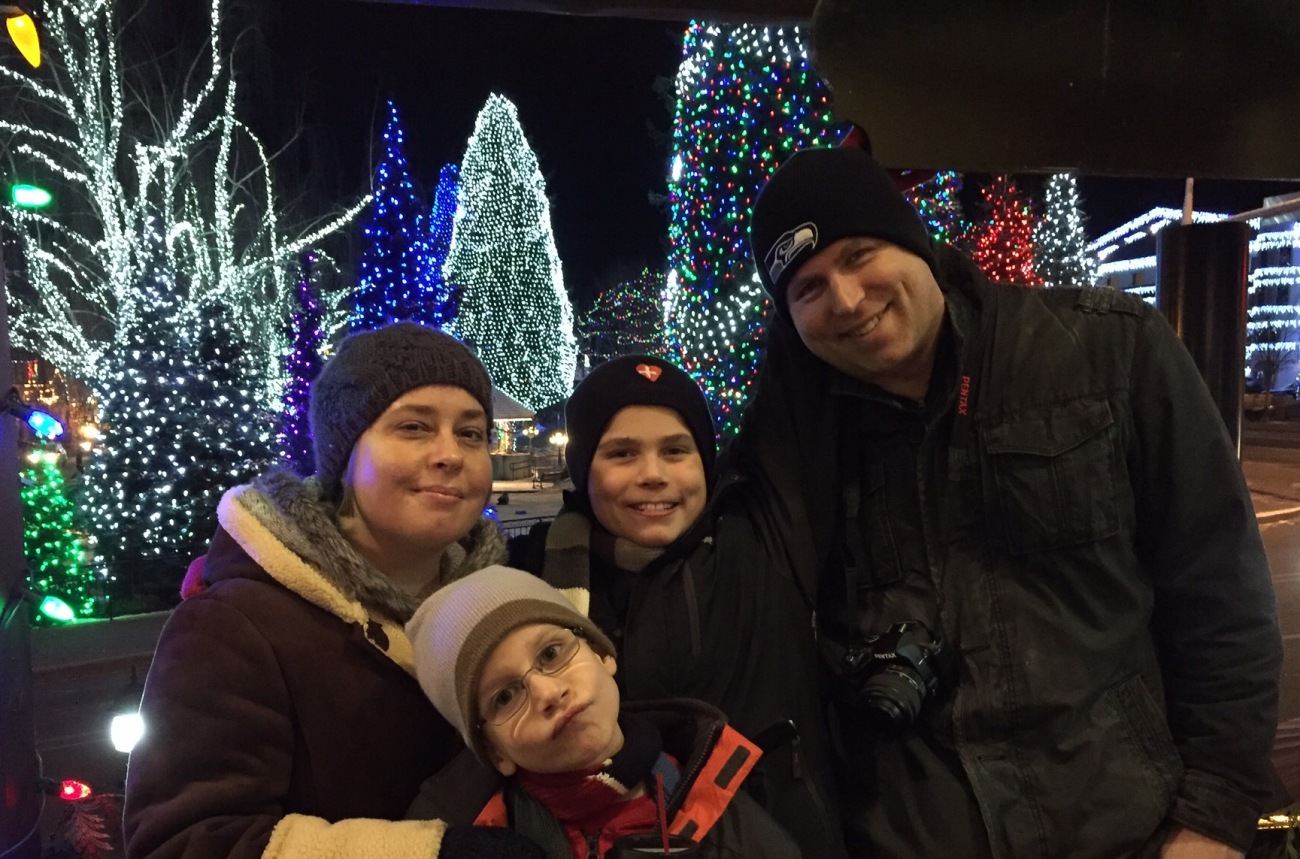