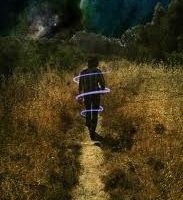 I’ve been wondering about you lately. I know you’re used to that, because we’re all wondering about you and have been for years. I just can’t help but think you are capable of so much more. No, I’m not talking about solving the world’s pains with some miracle […]

More Human Than We Know

While he was eating, a woman came in with a beautiful alabaster jar of expensive perfume made from essence of nard. She broke open the jar and poured the perfume over his head. (Mark 14:3 NLT) I’ve found this story a cross between touching and confounding. Beyond the […]

A little love story for all the untouchables out there. Truly, who among us has not felt so? It was not hope that moved the afflicted one to walk the many miles of roads to the city’s outskirts. Hope had given way long ago to quiet anger, then […]

…So she took some of the fruit and ate it. Then she gave some to her husband, who was with her and he ate it, too. At that moment their eyes were opened, and they suddenly felt shame at their nakedness. So they sewed fig leaves together to […]

So, What’s Wrong With Halloween?

Plenty, I know, but lately I’ve developed a bit of nostalgia over this dark, secular “holiday”. My change in attitude seems to coincide with our moving into the suburban neighborhood we now live in. Something I’ve noticed about this hood, and it isn’t unlike what I’ve seen happening […] 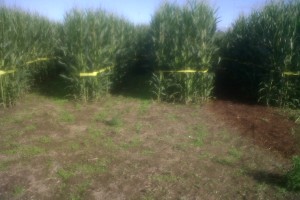 Sometimes It Takes a Man

I’m going to let the wives in on a secret that most men have already come to realize, though remarkably few of us have been willing to admit to ourselves. The secret is that, by and large, most of us carry a bit of an inferiority complex when […]